Playing with the camera tonight

Orion, the Moon, the Pleiades & Venus, which is about to duck behind a tree.
Jupiter has already set.  Nipping at Orion's heals is our rhododendron.

The western sky looked really cool this evening so I tried to capture it with the good camera.  I even dragged out the tripod for the occasion.  This shot is from the second group.  The first batch were shot at ISO 400.  Oleg mentioned a while back that image quality is better with the camera set at the lower ISO so I thought I'd give it a try.  It seems to have helped.  This is from the JPEG version because I still don't have any editing software that can work with RAW images.  As you can see in the enlarged version, I was fighting a high haze that could hardly be seen with the naked eye.  That thing that looks like a scratch underlining Orion and disappearing into our rhododendron is actually an airplane that flew by during the exposure.

Canon Rebel XT, Canon 18~55mm at 18mm, 30 seconds at F5.6, ISO 100
The camera was mounted on a Slick Master Series tripod.
The only post processing (in Microsoft Photo Editor) was to increase the gamma slightly.
Posted by HerrBGone at 11:19 PM No comments:

Email ThisBlogThis!Share to TwitterShare to FacebookShare to Pinterest
Labels: Around the HerrBGone Homestead V2.0, Photography 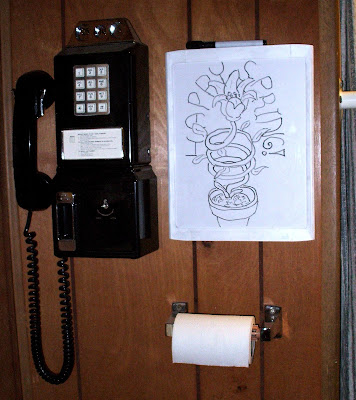 Spring Flowers
Posted by HerrBGone at 10:15 PM No comments:

One component of being free.

What would you do to be free?

Posted by HerrBGone at 10:32 PM No comments:

Freedom was nice, while it lasted...


Central Planing Komity of the USSA

The link goes to the web site of The White House and the full text the Executive Order: 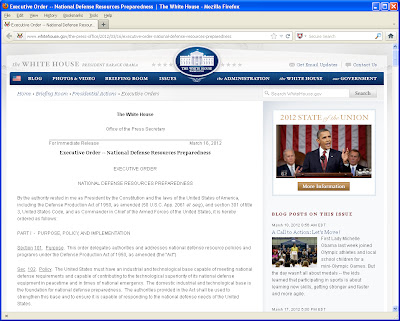 Please go read the whole thing.  This is one of the MOST IMPORTANT Executive Orders ever issued short of an actual Declaration of War.


Edited to add: Hat tip to Evan Nappen over on Facebook for bringing this to our attention.
Posted by HerrBGone at 4:17 PM No comments:

This morning bright and early the Lamplighter Farms Valdez slipped its moorings and drifted away in the back of a truck from Jordan's Furniture.  In its place is my brandy spanking new, not contaminated with spilled lamp oil, mattress.  Mayhaps I should put a liquid contamination resistant cover upon same...

Email ThisBlogThis!Share to TwitterShare to FacebookShare to Pinterest
Labels: Around the HerrBGone Homestead V2.0

We're back from the poles and through with a very pleasant supper.

I've still got my wookie suit on cause it's so nice and warm and comfy!

Well, actually I wore my NRA Gadsden baseball cap and MA-1 flight jacket.  The pole worker who was checking folks in and handing out ballots grinned when she asked if I wanted a Democrat ballot.  Don't know if it was the hat or my having just told Mum that the guy she wanted to vote for was on the Republican ballot that gave her the first clue.  Taking a Republican ballot myself I lamented that it would be nice to have some real independents to vote for. 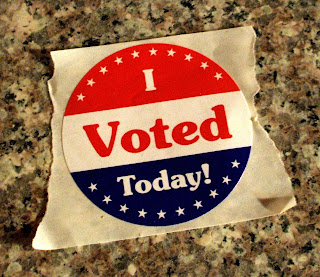 Posted by HerrBGone at 8:08 PM No comments:

I will not eat them in a box
even if the waitress is a fox...

Ate at Ihop this late afternoon.  They have a new Dr. Seuss menu.  Got Mum the Green Eggs & Ham cookbook for her birthday a couple of years ago -- mainly because she's still traumatized from my insisting that she read me that book again and again ad nausium when I was little.  Still looking for The Cat Who ... cookbook.  Glass of Squunk Water anyone?  Saw that at a book store a while back.  But I'll find one eventually at the flea market.  ;-)
Posted by HerrBGone at 9:38 PM No comments: