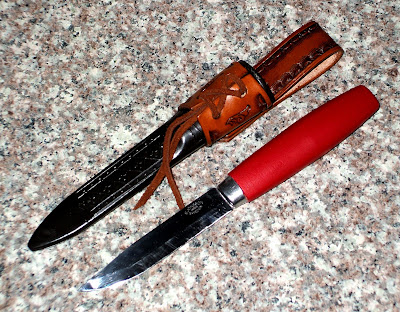 Same Knife with another New Frog

For all of it's simplicity, this is one of the sharpest knives you are likely to encounter outside of surgery!

After making the combination frog and flashlight holster I decided to make another more traditional style frog for this knife as well.  We'll see which method of carry gets used more often.


UPDATE: Text heavily revised to correct nomenclature I had originally used incorrectly.  It's all fixed now.  (I hope...)